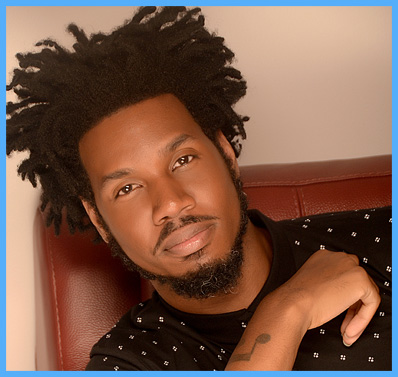 Jonathan Wade Allen, Jr. was born in Washington, DC and raised in PG County, Maryland.  Jonathan wears many hats but the best way to sum him up…He is a Professional Networker across the board.

Jonathan Jr., known to some as Jay or Jon, accepted Christ as Lord and Savior of his life at the age of 9. He was baptized by his father Jonathan Wade Allen, Sr. at Canaan Baptist Church in Washington, DC. With parent who pastored, growing up had some challenges, however their teachings became the foundation of his life: God, Love, Faith, Sacrifice, Vision and Leadership. Jonathan believes that once you maximize the love of God, any situation can change by treating others as you would want to be treated.

Jonathan obtained his GED at the age of 16. Afterwards, he went on to try Prince Georges Community College. Jonathan realize he wanted more than the classroom had to offer. He wanted adventure, to travel, to build relationships, and help people maximize their worth for the Kingdom. In this whirl pool of life Jonathan began to see people being mistreated by not having time or money to do what they wanted in life. He prayed for a solution and for things that would still teach principles that can help build the Kingdom of God. At the age of 16, God gave him a vision to start his own business and FASTING Enterprises was born. He is currently serving as the Chief Executive Officer of FASTING. Jonathan is also the Chief Operating Officer of Clutch Clothing, LLC, which is another business venture God had given him.

God utilizes Jonathan in ways that most people find unconventional or they just “haven’t quite put their finger on it”. Jonathan credits that to what he has prayed for. He believes that God wants His people to pray for things that seem unobtainable in their situations. Jonathan counsels many, helping build their dreams and visions. He has touched many lives all over the world and has no thought of slowing down anytime soon.

Jonathan calls himself the “people’s champion”. He loves meeting and connecting people. He views and treats everyone the same way…with love. His favorite scripture is from Philippians 2:3-4 (NIV) “Do nothing out of selfish ambition or vain conceit. Rather, consider others above yourselves, (4) not looking to your own interests but each of you to the interests of the others.” He already knows he has won the race; he has the victory, all because he has faith in God.