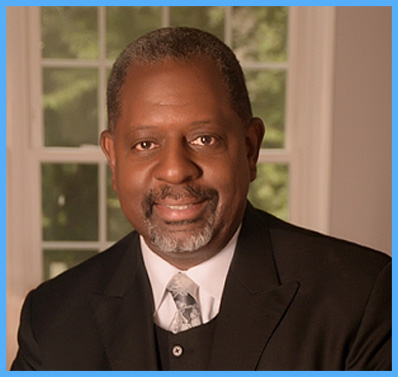 Jonathan Allen, Sr. has spent his life and career bringing good news to others through church ministry, entrepreneurial pursuits, and modeling leadership as  husband, father, and citizen. Pastor Allen and his wife founded Allen Ministries with the purpose of working in the kingdom so that Souls will be Saved and Lives will Be Changed. He extended his ministry outreach through authorship and public speaking and has recently launched a branch ministry entitled JWA – Author, Minister, Speaker (jonathanallensr.com).

Pastor Jonathan W. Allen, Sr. was born in Washington, D.C on August 10, 1964 to the late Joseph and Pearl Allen. Joseph and Pearl Allen where members of Canaan Baptist Church in Washington, D.C where they served as a Deacon and Deaconess. Pastor Allen grew up in this ministry and accepted Jesus Christ as Lord and Savior of his life. He was baptized on Wednesday, January 23, 1974. At Canaan, he served on the Youth Usher Board and sang in the Youth Choir.

Pastor Allen received his early elementary education from LaSalle Elementary School, and then attended St. Anthony’s Junior High School. After attending St. Anthony’s, he spent four years at DeMatha Senior High School where he played one year of basketball and four years of football. A football scholarship was awarded to him from Elon College in Burlington, North Carolina.

During his first year at Elon College, he accepted his calling from God to enter in the ministry. He committed his life to preaching the gospel at the age of 18. His initial sermon was on Friday, March 8, 1985 at Canaan Baptist Church where Dr. Cornelius Carter, Jr. was the pastor.

After serving for several years as a youth minister at Canaan Baptist Church, he prayerfully and eagerly accepted his calling from God to organize the Gospel Missionary Baptist Mission. The first worship service was held on Sunday, December 31, 1995. In September 1996, the late Dr. Andrew Fowler and Dr. Cornelius Carter, Jr. assisted the ministry in making the transition from Mission to Church.  In 2007 our God directed us to change the name of the ministry from Gospel Missionary Baptist Church to Gospel Church. As of October 2011, Gospel Church merged with Love the Word Church, and became Love the Gospel Church.

At the age of fifty, Pastor Allen graduated from Nyack College and is currently pursuing his graduate degree from Virginia Union University.

In November 1984, he married his mate and partner for life, Pastor Kimberly R. Allen (Pastor Kim). They are very blessed and have been married for 31 years. They have two sons, James R. Reeder and Jonathan W. Allen, Jr., one grandson, Jaquan McShay and one granddaughter Iyana Reeder. Pastor Allen gives God all the glory for all that he is and all that he ever hopes to be in Him.

Pastor Jonathan Allen, Sr. is currently serving as Assistant Pastor at Love the Gospel Church.  God has blessed him to be a successful business owner, husband, father and grandfather.  Pastor Allen continues to preach the gospel and advance the Kingdom of God. 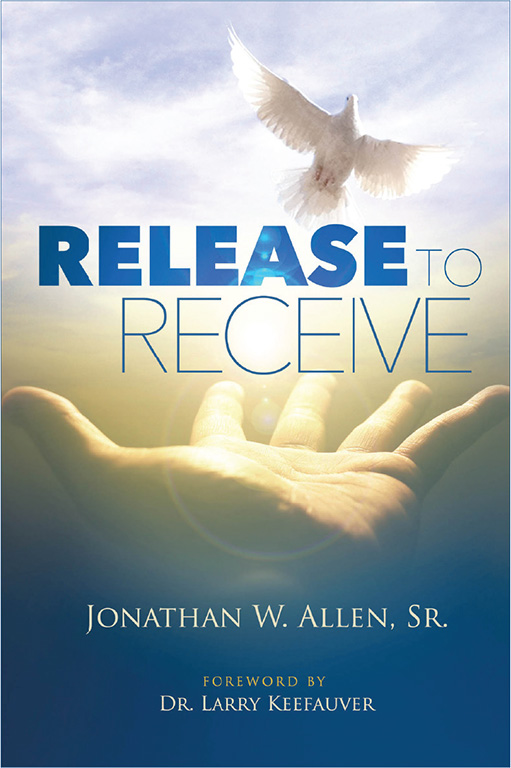 By Jonathan W. Allen. In this book, you will be invited to release the past and receive the new things God has for your present and future. Available at Amazon.com, Barnes & Noble, and Xulon Press. 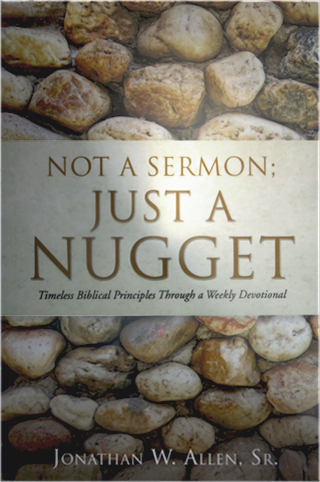 Not A Sermon; Just A Nugget

By Jonathan W. Allen. This is a devotional designed for individuals in all stages of life and is used for weekly Bible study, sermons and personal growth. Order your copy online through Amazon.com, Barnes & Noble and Xulon Press.

A Message for the Masses … Maximizing Present Opportunities for Future Change